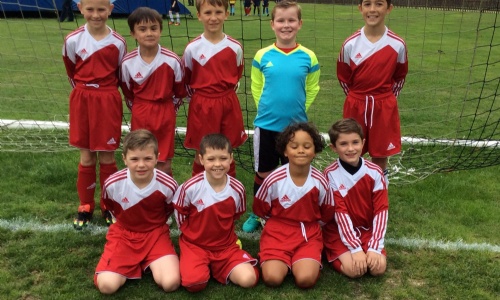 The children who attended the matches have written their own match reports from the event:

On our first football match we were very excited because we won against the other football team 1-0. Oliver Wakefield scored an amazing goal so that's why we won.For our second match Oliver Perrin assisted Nathan Wilkinson with an epic goal.

The new Calcot football  have did very well because we were a bit shy. We won 4 matches and 1 draw out of 5 matches.

The new Calcot football team has had their first ever match and it went particularly well. They won 4 matches and lost 0 but they did draw on one. They were very happy about not losing.

The staff and children would like to thank Crosfields for hosting the event and we all thoroughly enjoyed the afternoon.